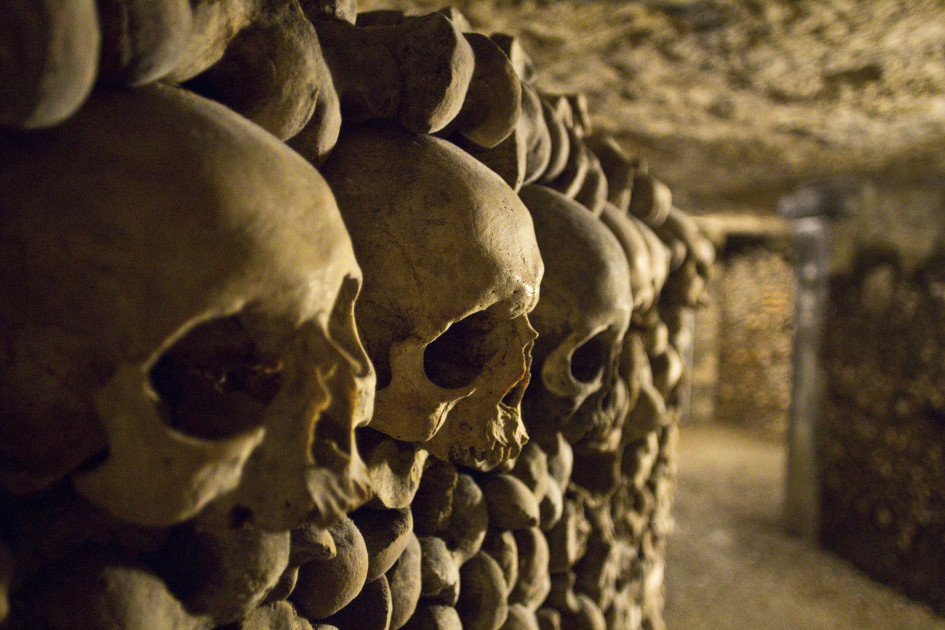 Skulls in the Catacombs

In ancient Rome, burial within the city walls was forbidden. The pagan culture of the second and third centuries preferred cremation, despite the objections of the Christian minority. As land for graveyards was scarce, the Christians of the day cultivated a sense of community away from the public eye by digging burial tunnels into the soft volcanic rock called tufo.

These ancient sites can now be found on the outskirts of the city, along major roadways and close to many Roman hotels. History buffs will find them a fascinating way to experience early Christian art, and to visit the resting places of numerous saints and martyrs.

Both are located along Via Appia Antica and are reminders of religious persecution before Christianity was legalized. You can easily visit both sites in one day, then dine at Hostaria Antica Roma, a converted mausoleum, to complement the theme of your outing. After dinner, retreat to the Appia Park Hotel to relax on your room’s private balcony.

This ancient site is located along Via Nomentana beneath the Basilica di St. Agnese, home to the mausoleum of Emperor Constantine’s daughter Costanza. A guided tour leads you down into the subterranean tunnels via staircase entrance inside the St. Agnese Church. The catacombs feature rows of burial niches, most of which were emptied by 15th century looters. The lavish Hotel Fenix is just down the road; not one of the cheapest hotels in Rome, but well worth the price.

Named for the noblewoman who donated her land, these catacombs with their secret entrance offer a wealth of ancient artwork below a Benedictine convent. Here you’ll see rare frescoes, like an ancient Madonna and Child. Afterward, adjourn to nearby Mezzo to sample Italian wines, then retire to your room at the American-themed Hotel Beverly Hills Rome.

Located along Via del Sette Chiese, this site offers a reprieve from the hot summer sun. Exploring the 15 kilometers of tunnels gives you plenty of time to cool down. The site is home to a second century fresco of the Last Supper, and is the only necropolis with an underground basilica. Once back above ground, you’ll welcome the wide open space of Parco della Caffarella to the northeast. An icy cocktail at the nearby La Mela Hotel provides the perfect nightcap.

These fascinating tunnels offer a rare glimpse into the past. Some were even completely forgotten by the 10th century, only to be unearthed again in the mid-15th century. On your trip to Rome, be sure to discover them for yourself.

This post was posted by thehipmunk on Hipmunk’s Tailwind blog on September 30, 2015