Here at Hipmunk, we’ve got breakfast on the mind. Ever since we produced the Free Breakfast Index, which explored what percentage of the world’s hotels offers free breakfast, we’ve been keen to unearth all there is to know about the hotelbreakfast scene.

When it comes to budget-conscious travel, perhaps no words excite hotel guests as much as “free continental breakfast.” But while travelers’ eyes may gravitate to these words on a hotel’s booking page, few people actually know why this popular hotel amenity is called that in the first place. Here’s the scoop. 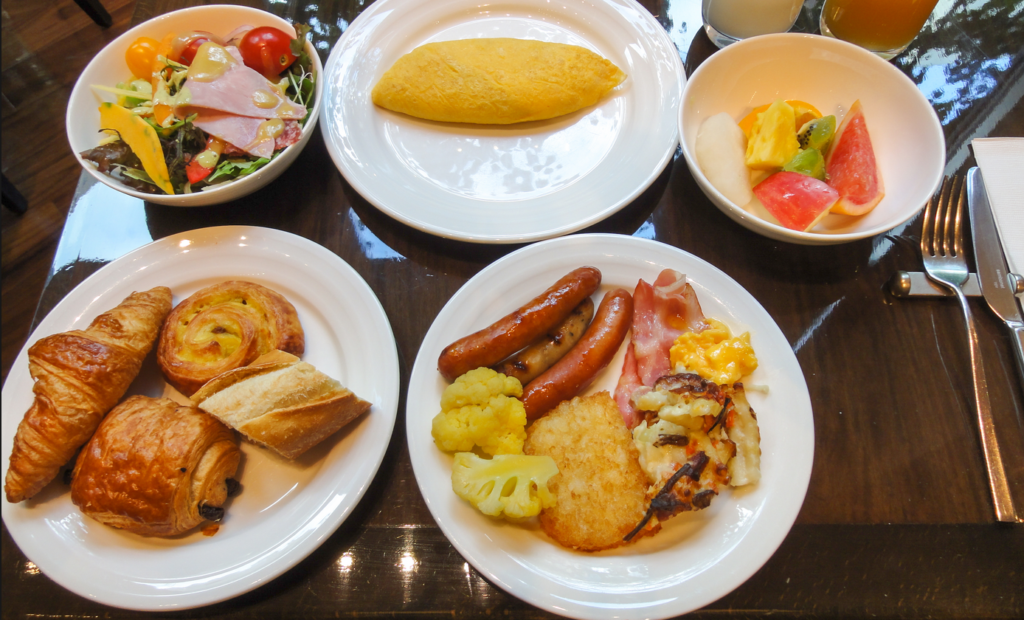 A Tale of Two Kinds of Breakfast

Continental breakfasts are all about simplicity. They’re convenient for travelers who don’t want to waste time at a sit-down meal, and they’re cheap and efficient for the hotel to serve. These buffet-style meals typically include items such as bagels, toast and condiments, pastries, fruit, juice, cereals, beverages, and possibly eggs and meat.

At its simplest, the term “continental breakfast” is meant to conjure associations with the continent of Europe in order to distinguish this type of breakfast from an English one, which generally consists of more (and more filling) options than the lighter continental breakfast. But the origin of the term has deeper historical significance, as it reflects the shifting lifestyles and demographics of travelers throughout the last two centuries.

The phrase was first coined in the late 19th century, when North American hotels started trying to appeal to the United States’ newly minted middle class as well as tourists from Europe. As the West became increasingly urbanized, America’s middle class expanded, and fewer people participated in the physically demanding agrarian lifestyle that was common in the early 1800s. The traditional American breakfast—a heavy meal consisting of meat, eggs, fish, bread, hearty cereals (think grits or oats), fruit, and condiments—was no longer a necessary staple for those members of the middle class who were making a living as dentists, accountants, business people, and the like. As a result, wealthier travelers sought out lighter fare during their travels.

At the same time, European tourists were traveling to America and bringing with them a taste for light breakfasts consisting of nothing more than coffee or tea, pastries, and fruit. Hotels quickly learned to adapt their breakfast offerings to the demands of these cultured tourists. And thus, the continental breakfast was born.

When the concept of the continental breakfast was first developed, the word “continental” didn’t just refer to the types of food offered to guests; it also indicated the new manner in which guests paid for their meals. Like the shift in breakfast offerings, this change was also brought about by the expectations of European tourists and the American middle class.

According to Slate, prior to the late 19th century guests in American hotels paid for their room and board together, based on the expectation that they’d eat all their meals at the hotel’s restaurant. But as demand grew for more flexible (and more budget-friendly) payment options, hotels began allowing guests to pay only for their rooms. Guests could then elect to pay separately for the hotel’s food or visit restaurants beyond the hotel in order to get their meals.

Eventually hotels came up with a middle ground: the “continental” style, for which payment included the room and breakfast but no other meals. This is the same model that many modern world travelers now enjoy. 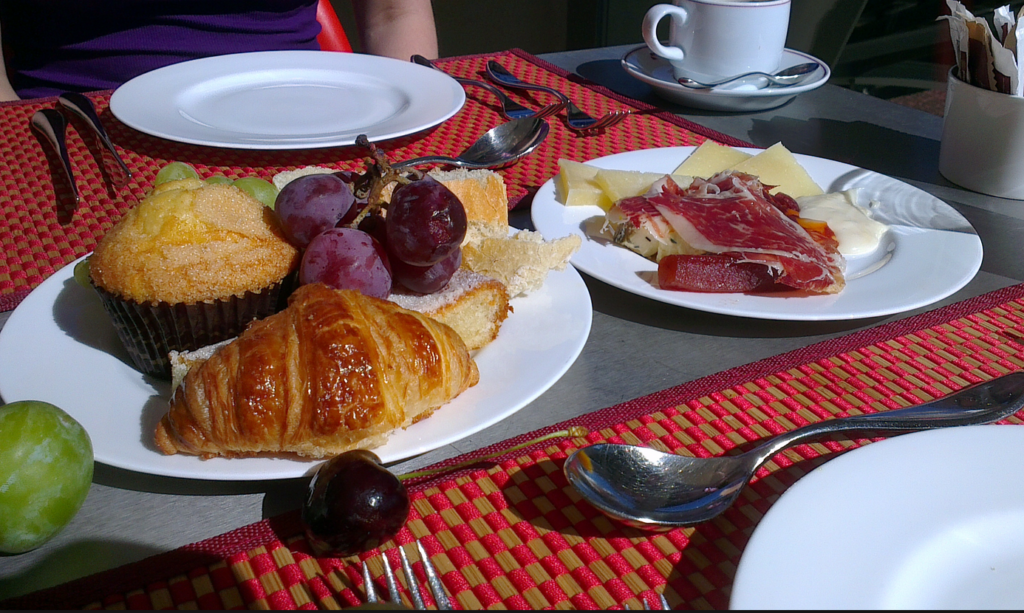 Today, guests might chuckle at the idea that continental breakfasts are meant to evoke lofty European attitudes about the most important meal of the day (Comedians Key and Peele even skewered this idea in a comedy sketch). After all, nothing screams “Parisian sensibilities” less than a plastic container of Fruit Loops served out of a Styrofoam bowl.

Just like the items on the menu, the quality of continental breakfasts can vary widely. But there are amazing hotel breakfasts to be found. And if you find yourself stuck with a stale pastry wrapped in cellophane? Just remember that ultimately, traveling is about so much more than a hotel’s food.

This post was posted by thehipmunk on Hipmunk’s Tailwind blog on September 15, 2015